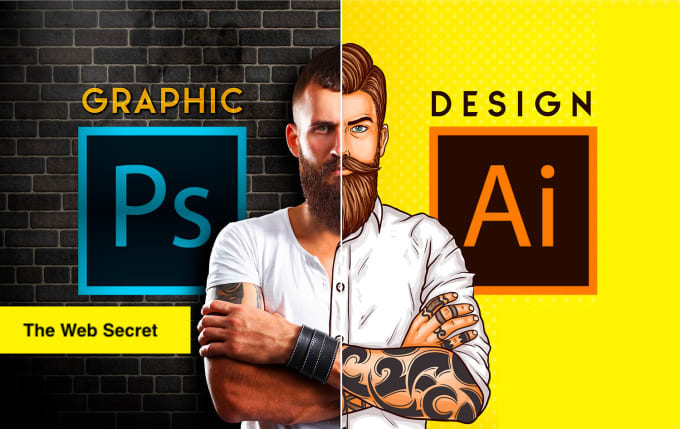 Candidates must submit a portfolio to be considered.

The Web Secret is an award winning digital marketing agency that is seeking a talented and creative web designer / graphic designer to interpret our clients’ needs and to design solutions with high visual impact.

The perfect candidate will have experience with creating professional and engaging website designs and marketing graphics for social media on Adobe Photoshop (required).

Candidates must submit a portfolio of website designs and graphics to be considered.

This is an in house position in Miami /Santiago De Los Caballeros but due to COVID, we are temporarily working remotely. Only local applicants will be considered.

This is full-time Monday to Sunday 7:00am to 6pm, with additional hours/times as needed in Miami, FL and Santiago de los Caballeros.

The Web Secret L.L.C. is an equal opportunity employer. All aspects of employment including the decision to hire, promote, discipline, or discharge, will be based on merit, competence, performance, and business needs. We do not discriminate on the basis of race, color, religion, marital status, age, national origin, ancestry, physical or mental disability, medical condition, pregnancy, genetic information, gender, sexual orientation, gender identity or expression, veteran status, or any other status protected under federal, state, or local law.

COVID-19 considerations:
All employees and guests are required to wear a mask and follow CDC guidelines. 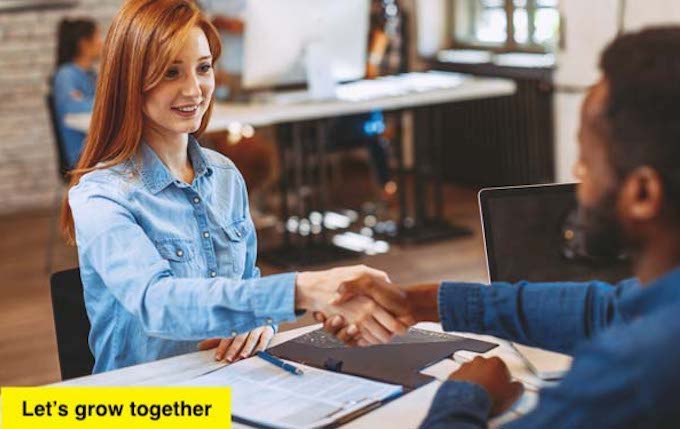 Built by the number-one Digital Expert & Coach in the world, The Web Secret Services & Training Technologies has become one of the most trusted names in the digital commerce coaching industry. For over 5 years, Mr. Ywan has helped individuals & companies make money and expand sales, increase transaction profitability, and reduce turnover all by disrupting the status quo by implementing his proven, industry-leading processes, through management, and training technology.

The Inside Sales Representative position is primarily responsible for following up on warm leads who engaged in Mr. Ywan products and to convert them into customers. You will reach out to prior and potential clients to increase participation with trainings and product subscriptions.

This is full-time Monday to Sunday 7:00am to 6pm, with additional hours/times as needed in Miami, FL and Santiago de los Caballeros.

The Web Secret L.L.C. is an equal opportunity employer. All aspects of employment including the decision to hire, promote, discipline, or discharge, will be based on merit, competence, performance, and business needs. We do not discriminate on the basis of race, color, religion, marital status, age, national origin, ancestry, physical or mental disability, medical condition, pregnancy, genetic information, gender, sexual orientation, gender identity or expression, veteran status, or any other status protected under federal, state, or local law.

COVID-19 considerations:
All employees and guests are required to wear a mask and follow CDC guidelines. 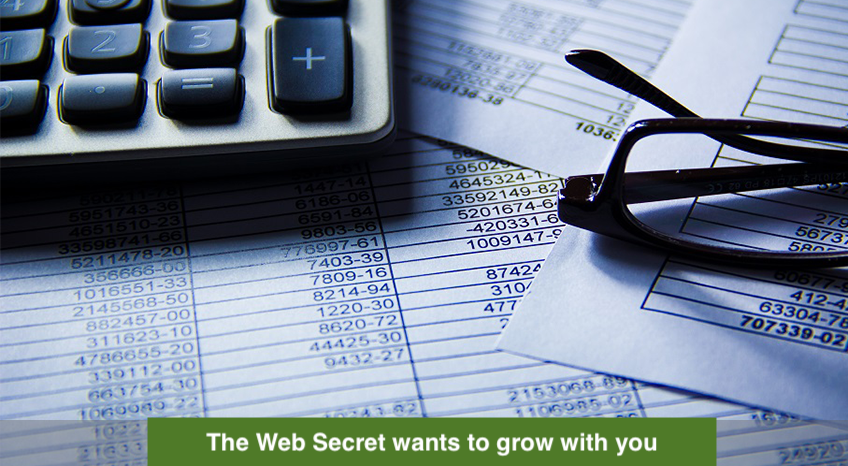 Our Fort Lauderdale office is seeking an experienced bookkeeping assistant. Responsibilities include maintenance of accounting books and other related office functions.

* Perform Administrative Duties such as organizing data and dealing with paperwork, photocopying and scanning documents

* Must have experience with Quickbooks Online

* Proficient in Excel and Google Docs

* Ability to manage large amounts of data in organized fashion

* Ability to work under strict timelines

* Self-motivated individual and the ability to work independently

* Ability to multitask and problem solve. 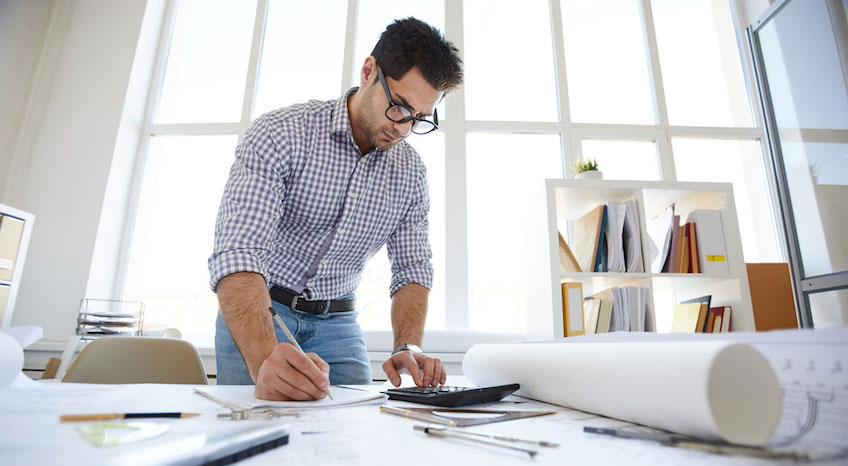 The Web Secret L.L.C.
Job Details
Contract $12 – $15/hr
Full Job Description
What We Do
We create custom e-commerce stores and online training for our clients.

We simulate the job environment and then learners get to play the “game” of doing their job. By making choices and then seeing the results of their choices they develop their skills. Interactivity is key to our design philosophy. Not passive lectures, or reading, or videos. If learners aren’t actively participating (which includes making mistakes and experiencing the consequences) they aren’t going to get better at their jobs.

One of the best parts of the work we do is the variety. One week it’s helping therapists learn how to work with borderline personality disorders, the next week it’s manager training for a large technology company, and the weeks after that we’re designing a simulation of electrical circuits for car mechanics.

What’s The Job?
This can vary, as do the projects, but here are some common tasks:

Who We’re Looking For
Over the years we’ve found that these are the four most important traits for people who do well at this job: highly organized, interpersonal warmth, high personal standards and a sense of ownership, and computer fluency.

Some people organize things for fun. They can’t help it. Their file folders are easy to navigate, they relish the opportunity to put together a good schedule for the local non-profit they’re involved in, their spice rack is arranged alphabetically…or in order of most often used…or by shade of color – and you can bet they have strong feelings about why it’s organized that way! We want someone who has a natural inclination toward organizing. Files, resources, calls, notes, people, images, research – you name it. Someone who appreciates efficiency and who likes to optimize processes. That doesn’t mean they aren’t creative, in fact their organization often makes it easier for them and the people they work with to be creative.

Interpersonal warmth is hard to quantify, but we know that it matters a great deal in this role. It makes a difference with our clients and our team. Some of it is having a passion for the work that we do, some of it is a genuine appreciation of people. It’s an energy and enthusiasm for seeing people perform at their best as a creative vision takes shape. It doesn’t mean that someone is a pushover or that they’re only positive. Our Project Managers have to provide structure and handle schedules and budgets, as well as ensure the quality of the work. But communicating that in a way that is nuanced and clear, and even diplomatic when necessary, makes all the difference. We’re looking for people who put other people at ease, and who gain satisfaction from the way that those around them feel about the experience of working together. The journey matters as much as the destination.

We can teach people how to design learning experiences and we can teach them the fine points of our development process, but we have yet to figure out how to teach someone to take ownership of their projects. At Handcrafted Learning a Project Manager holds everything: the color palette, the deadlines, the skills and abilities of the people working on the project, the acronyms, the recent changes in the organizational structure of our client, and the bottom-line business driver that is the reason we’re creating this training in the first place. In our experience, these people tend to have very high personal standards. It’s innate. They can’t imagine sending out work that is below their own standards and that leads them to have a strong sense of ownership.

Computer fluency just seems to be one of those things people have or they don’t. It’s like a foreign language: there’s a big difference between being able to order off a menu and being able to have a sophisticated discussion about economic policy. We need people who know how to use a computer inside and out. We’re not talking about programming, though that’s nice too. We mean someone who has worked with lots of different programs, so when they start using a new one it’s relatively easy because it maps to many prior experiences. And it’s just not that big a deal.

Here are some specific requirements:

Here are some nice-to-haves, with bonus points:

Who We Are
We’re a small, but growing, custom learning company. We are a woman and minority-owned business and we value the diverse group of people we work with. Our headquarters are in Santa Fe, New Mexico, but we work with folks all over the country.

We work hard, we’re dedicated to our craft, and we really value the community aspect of our work. We’ve built a great team of people who are smart, relaxed and pleasant. We laugh a lot, even when we’re working on a tight deadline.

Work can be enjoyable and challenging (in a good way.) That’s what we strive for.

This Position
This is a 40 hours a week contract position. If you’re looking for a half-time contracting position then this would not be a good fit.

We pay folks in this position $30-$40/hr depending on experience. We’d consider going slightly higher than that if someone was especially skilled and/or experienced.

This is a work from home contract position. You supply your own computer, desk, etc. We don’t care where you’re located so long as you have a good internet connection and you’re in the main US time zones.

This 1099 contract position could eventually lead to an employee position with benefits.

Hiring in a Pandemic
We’ve been 100% remote since we founded the company in 2009, so we’ve been fortunate to not have to change the way we work. Also, we specialize in online learning (eLearning simulations as well as virtual workshops) and our business has continued to grow in 2020.

In this historic year our work has actually been a source of stability. We’re still checking the news for murder hornet updates like everyone else, but at least what we do and the amazing people we work with provides some solace in these times.

Interested?
Send us a copy of your resume and some samples of your work or links to your work online. Ideally something that shows how you organize projects and communicate with others.

You can email Jason directly, his email address is on our website in the “Founders” section.